It’s been a while since I updated my blog! I’ve been ridiculously busy in the past few months. I completed a bunch of large editing jobs, including a language and copyedit of a fascinating academic book manuscript and a copyedit of a wonderful dissertation. I also did a literature review for a political scientist and a number of smaller editing jobs, ranging from a market research report to some new sets of Arcmage cards! My testimonials page has been updated and should be updated again soon, as work keeps on coming in! I’m also taking the Fundamentals of Editing course at Queens University as part of the editing certificate I’m studying for. I meant to write something about this and the copyediting course I took a while ago, and I hope to get to this soon! I’m barely able to catch my breath these days. I’m also going to give you a report of the London Book Fair I attended mid-March, which has already led to new work (I will tell you how I did that!) and lots of new contacts with lovely editors.

As my new cover photo shows, I went on a fantastic, two-week trip to Toronto in the second half of January, where I met many lovely editors who took me in, showed me around, and generally made me feel very welcome. I’m not mentioning everyone here, but Greg Ioannou let me use a desk in his Iguana books office and invited me for dinner at his home, which was such a great gesture. I attended a meeting of Editors Canada’s Toronto branch, where I met more great people and had the privilege to see the amazing writer Esi Edugyan in conversation with her editors. It was a fascinating behind-the-scenes glimpse into the work of copyediting. I read Edugyan’s book Washington Black right away and it definitely kept me up late a few nights because I couldn’t stop reading. 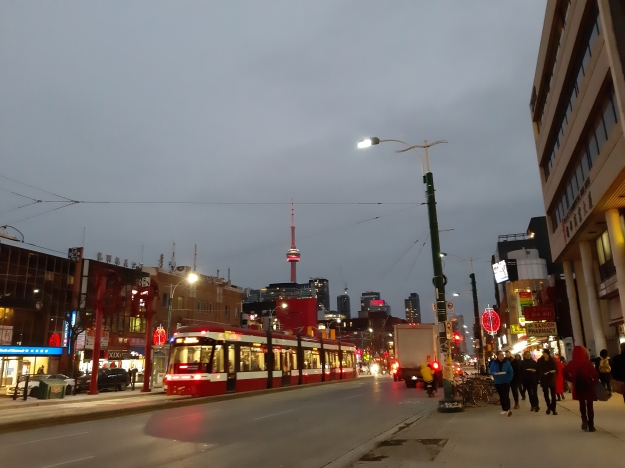 I also attended a meeting of the Toronto branch of the Society for Editors and Proofreaders, which was great and very useful, as we discussed a number of editing tools that we use in our work. It was hosted in the home of the lovely Janet MacMillan, and there was plenty of great food as everyone had brought some. On the way there I had the very Canadian experience of encountering a huge raccoon that I thought was rather cute (but apparently they’re a bit scary!). Janet later organized an editors’ dinner for me in a nice restaurant in Greektown, which was so great. Last but not least, I stayed with some lovely distant relatives that I’ve reconnected with over the years (Warren, Kelly, Gabby, Julie, Annette, oh and Major Higgins of course!), and it was absolutely wonderful. So thank you, everyone in Canada! I am really, really tempted to come back (and I’m a permanent resident now, so who knows…)!