A few years ago, I co-authored an article about one of the few markets in Beirut: the Souk al Ahad weekend market. This is a lively and busy outdoors market located on the eastern edge of Beirut, near its heavily polluted river. As it turned out, the land that the market is sitting on is heavily contested between different two different public actors, and the very existence of the market itself is threatened by this conflict.

On top of that, there is a class conflict between vendors at the market and neighboring residents, who generally view the place as a stain on their area. The fact that the market is one of the few places where people who have less to spend can go and shop, and the fact that it provides a livelihood to a large number of families, makes this conflict extra contentious.

While conducting fieldwork for the article, we discovered moreover that a number of Syrian refugees had begun setting up stalls outside the area that was under the control of the market supervisor. This added an additional layer to the conflict, and led to a split within the market between people “inside” and those “foreigners” outside.

After the article was published, I went back to the market and discovered that the “outside” part of it had been evicted. Once again, the people who lost out in this conflict were among the most vulnerable in terms of class and nationality. 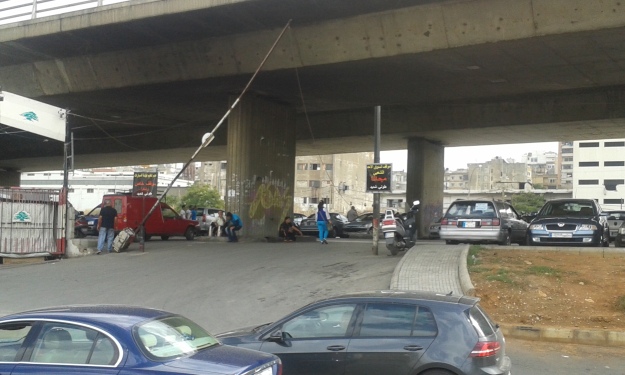 The “outside” market a year later, evicted.

More recently, Franck Mermier has written about Souk al Ahad in a book chapter and further specifies their stigmatization, especially of its poorest and most vulnerable users.

2 thoughts on “The contestations of Beirut’s Sunday market”